Braving Marvel – Dipping into the World of X-23

To start of this month’s edition of Braving Marvel, I have a confession. While I have been interested in reading X-Men comics since I started this journey, I’m finding it hard to figure them out. There are so many X-titles, they could probably have their own universe altogether! The more I research these comics, the more I get confused. But I can’t avoid that big part of the Marvel Universe forever. So while I continue to try to figure out where to start, I start off with reading an origin story about one of my favorite members of the X-Men: X-23.

X-23 was introduced to the Marvel Universe as late as 2003. She’s a very new character with few solo issues. She is mostly involved in X-Men teams and makes many appearances in the different runs of comics involving the mutants. Trying to collect all those issues can be daunting as the X-Men comics are very complicated to get into. However, in 2005 Marvel started publishing X-23’s first solo series. It gives a detailed look into her childhood and her origins, so no previous knowledge of her is required to understand the story. Note that the Trade Paperback Editions of these runs are semi-rare these days and can be quite pricey if you want a New/Mint or Like New versions of them.

The books tell the story of X-23 before she joined the X-Men. Innocence Lost focuses on her birth and childhood as a weapon and a test subject in a laboratory known as The Facility. Their goal is to make an identical clone of Wolverine that they can manipulate and use for their own nefarious goals. However, the DNA samples they have are damaged to the extent that the only way to create a clone is to make it female. Thus, X-23 is created. But not everything goes according to plan when lead researcher Sarah Kinney grows an emotional attachment to her specimen. Target X focuses on X-23’s teenage years as a refugee trying to build a life for herself while being hunted by the mysterious Facility.

X-23, or Laura Kinney, has always stood out to me as one of my favorite Marvel characters. I’m usually attracted to characters that are somehow an outsider or different and struggle to find their place in the world. This is very much the theme of X-23 as she was born as a clone and raised as a weapon, and suddenly finds herself alone in a very different world. While many of the X-Men have struggled with being different, they usually find their place and their friends among other mutants. But finding her place among the mutants is hard for Laura as she is haunted by her dark past and experiences. It is interesting to see her personal development over the years among the X-men.

The more I read Marvel comics, the more I realize how big the Universe is. With each new team or character I read about, I’m introduced to new parts of the ever evolving society of heroes and villains. Reading about She-Hulk, I was introduced to a heroine that existed close to our everyday world. Despite having super powers, a lot of her life revolves around her day-job, her clients, her friends, and her turbulent romantic life. There is a lot in her life that readers can connect to. On the other hand, the Avengers comics introduced me to a way of life where heroes exist as something separate from the average population. The Avengers live in their own mansion and are treated like celebrities. They don’t interact with the ‘common people’ (unless they are saving them). That way, the Avengers become a superhuman group that exists above and beyond average civilization, while She-Hulk is a part of it. No wonder so many politicians are skeptical to the former. With X-23’s story, I’m introduced to a new type of character: someone who is completely isolated from civilization altogether.

Following X-23’s development from this new angle is interesting. Usually, the hero of the story gains superpowers in some way (or they are born with it), and only after that do they truly discover the villains and criminals that they need to stand up against. They find their purpose and place in the world after being confronted by evildoers. With X-23, it’s the opposite. The people we see as ‘bad guys’ create and raise her, and she becomes their tool of murder. She is working for some very bad people, but because of her upbringing she has no idea that she herself is performing evil deeds. It is the only thing she has ever known. It is only through experiencing humanity and love from her biological mother that she starts to see the world a bit differently. Her awakening from tool to human, from slave to independent person, is really well done. X-23 tries to find her purpose and place in the world after being introduced to good people. But she can never escape her dark past, even if she is trying to build a normal life.

The first book, Innocence Lost, also introduces a different type of storytelling than I am used to in Marvel comics. While most comics I have read have focused on the hero and their viewpoint, this book observes X-23 from the eyes of her biological mother. At first I was a bit surprised by this, but as I read on it started to make more sense. X-23 is a child weapon that spends all her time training in a secret lab. She rarely utters a word and seems completely emotionally detached from everything around her. That is not a recipe for a protagonist that is very interesting, or someone you can create a bond with. Seeing her from the viewpoint of her mother, however, is a much more emotional experience. Sarah has to helplessly witness her child be experimented on, abused, and conditioned as a killing machine. Through her torn feelings, the reader gets an emotional attachment to X-23. We feel for her as a child that has been robbed of a normal life and identity. Seeing the things she has to go through is hard, and we start hoping for a better future for her and Sarah.

The second book, Target X, is seen from X-23’s point of view. Or Laura, as she is now named. The story takes place some time after Innocence Lost. Laura has been captured by two of Marvel’s well known heroes and she recites the story of what happened after the events in Innocence Lost up until her capture. Her story begins at the same place that IL left off, so you can read both these books as one connected story. Target X focuses on how X-23 tries to build a normal life for herself while being hunted by the Facility. While the first book was heartbreaking in that we saw a child reduced to a tool, the second book is also sad in that we’re seeing a young girl who struggles to find a family. It is hard for her to connect with people because she has never experienced normal social situations during her childhood. From the start, she is the strange outcast. In addition, her ruined past is catching up with her. The thing that makes it so sad is that it’s never her own fault that her life has ended up that way. It’s not an effect of bad choices she has made; it is all because of the choices of the villains around her. I’m sure that if Laura could settle down with her family and never use her powers again, she would have. But that choice is never available to her, even if she tries to.

While the first volume focused on the staff in the Facility, the second volume introduces a new villain, Kimura. Bringing in a new character that can challenge X-23’s powers is not a problem in itself, but the way she is introduced is not very well executed. The moment Kimura shows up, she and X-23 interact as if they have known each other for years. Later it is revealed that they do have a history together in the Facility, yet you have never seen Kimura in Innocence Lost. It is obvious that Kimura was introduced to create a sense of threat against X-23. We have seen Laura take down squads of human soldiers without any trouble, so being pursued by teams of mercenaries would not be a big risk to her. Kimura is an actual threat having been created to rival X-23, and she does not hesitate to kill people that X-23 holds dear. Despite her powers, Kimura still feels like an underdeveloped villain that is forcefully introduced into the story.

The tone of both the books are a lot darker than what I have experienced in other Marvel comics. The story itself is dark and sad, and the colors and art style compliments that beautifully. The story of X-23 feels more mature than the Avengers comics for example. While I can understand that kids read Avengers or Captain America, I would not let them read X-23 until they became a bit older. It’s interesting to see that comics about the same universe can be aimed at different age groups like that. While you have Avengers for family friendly fantasy fights, you have characters like The Punisher who is intended for an adult audience. It seems Marvel has something for everyone, even if they do have a reputation of being more family friendly than DC.

In the end, reading these two volumes have left me wanting to read more about X-23. The second book has a bit of an open ending, even if we know she will end up with the X-Men eventually. I don’t know if X-Men comics are generally as dark as these books, but I’m excited to find out!

Yes. Since the book’s focus on the background story of X-23 from before her birth and up until the point where she encounters a member of the X-Men, you don’t need any prior knowledge of the character to understand her story. Some knowledge of Wolverine might be beneficial as he is referenced a few times (she is his clone after all), but it’s not required. Laura’s knowledge of her ‘father’ is very limited, so no major details about him or his story is ever mentioned. The comics work as a great way to be introduced to this complicated character, but it is not really a place to start if you are looking to start reading X-Men comics in general as it only focuses on X-23, and has nothing to do with the larger X-Men universe.

The Road From Here

So far I have been reading about characters and teams that I already had some prior knowledge. I was hoping that while starting safe with characters I knew, I would be introduced to more interesting characters over time. I did find some characters that got my attention very early on, but still continued to follow my original reading plan. Now I’ve decided to go away from that plan to read about one character that I knew nothing about just a few months ago, but was drawn to from the first time I encountered him: Prince Namor, The Sub-Mariner. 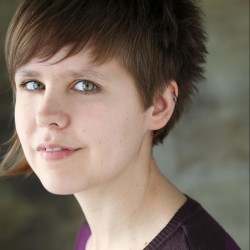 Iselynne
Iselynne is a viking and passionate gamer who finds it really awkward to write about them-self in third person. They are currently fighting a severe addiction to chocolate milk and their favourite Pokémon is Bulbasaur.