The Nintendo World Store reopening into Nintendo New York can be considered a huge success, despite many fans that have waited online since 3pm…Some sadly were unable to get inside the store due to its huge popularity.

Fans have started waiting online this morning to get a glimpse of the newly modeled store. However, today the boasted exclusives from Fire Emblem Fates Special edition to the grand reopening t-shirts and commemorative coin have all been sold out.

What fans can look forward to now are at least the new gaming prospects from this official Nintendo flagship store. There is now a 15 foot wide gaming screen with The Legend of Zelda: Twilight Princess HD hooked up. Fans should note that this is only the demo version with 3 hero mode quests available to play. Because this demo only featured hero mode, it’s recommended for veteran players. The stages will be familiar as they are Sacred Grove, Mirror Chamber, and Hyrule Field.

The video and sound quality is impeccable. Utilizing the GamePad felt different but the inventory screen added convenience.

Amiibo functionality was not set up for this demo, but will be available in the full game. The Nintendo New York representative explained that Zelda related amiibo such as Toon Link and Link will refill the player’s arrows, Zelda and Sheik will refill hearts, and Ganondorf will make the user take twice the amount of damage–and if playing in hero mode, it stacks, resulting in 4x the damage taken.

Nintendo New York had other demos for both Wii U and 3DS in store such as the newly released Fire Emblem Fates and many more releases. I encourage you to check out the store as there are demo stations on both floors with a bigger open space that’s both easier to play and spectate others. 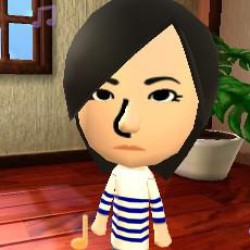 delildel
My super power is getting things done. Find my thoughts on Kumazoku Ent or Video Game Tidbits.