Hey everyone, let’s go on an adventure….as a skeleton boi! It’s ya boi, Dexter Lopez back to do a review for you after such a long time! Let’s dive into this potentially great game about switching body parts and fighting monsters in a cute pixel 3D world

That’s right, you heard correct! The main mechanic of this game is that you can switch body parts with other monsters’ body parts. For example, at the beginning of the game, you start as a reanimated skeleton. The first enemies you fight are zombies, and if you slay enough of them, they will start to drop body parts like feet, torso or head. You can pick up these different body parts and you’ll acquire that monster’s stats and/or special ability. Of course, since it’s the first enemy, the parts give crap stats. So you’re wondering, “what’s the point of getting the zombie parts?”. Well, if you get all three body parts and wear them like a set, you get a special passive ability. Not all sets give passive abilities, but some that do are really useful, so it’s worth collecting and trying out different parts.

So I talked about the mechanic a bit, let’s talk more extensively about the game itself, starting with:

Movement is simple but slow. You start out with a sword and acquire different weapons throughout the game such as swords, spears, axes, wands, etc. You can also jump to do some minor platforming in some areas and dish out a special ability depending on your head. You fight your way through monster hoards and occasional bosses while jumping around some platformer stuff, standard adventure fare. I do wish I could walk faster, I mean there is a body part that makes you faster, but you pretty much have to sacrifice the perfect set that you built up to combat enemies like a champ in order to walk around faster. There is a sort of fast travel, but I’ll talk about that later. Overall, not bad but could be polished.

PIXELS!! But not just your regular pixel-art goodness, no, this pixel art is in 3D!! “What?! How is that possible?”, you may ask. It seems they use a hybrid of 2D and 3D graphics by giving the sprites some THICC-ness, and tbh, it looks good! Very cute and different enough to be fresh. It definitely reminded me of the Paper Mario graphics in which it’s 2D sprites in a 3D world. However, it’s not perfect. I feel the “sprites” are a little too thick with some of the background elements making it in some camera angles look not so good. Other than that, they nailed it in that department.

This is where I had some issues the most. The music…..it’s pretty repetitive. ESPECIALLY the first few music tracks. Not much really bothers or annoys me, but if I notice it, I know other people would be annoyed. Don’t get me wrong, some of the tracks are pretty good, but most of them fell short and the melodies are repetitive. So just rule of thumb if you play this game, at least turn down the volume on the music and you should be fine. Oh, and the sound effects are actually pretty clever, like when you pick up a body part that completes your set, a slightly different sound effect plays to signify your awesome ability to be a hoarder. I don’t have a problem, you have a problem, shut up.

I like this game. It’s really fun and cute! Some parts of it frustrated me in design (like the Torcher Chamber), but most of it was my inability to play the game well. (Speaking of Torcher Chamber, there’s a glitch I discovered that makes you have a medusa head float near your body and you can’t put on any other head essentially soft locking you out of switch heads until you close out the game and come back, it’s weird. To see it for yourself, get a medusa head to land on you, then go to the fast travel place and try to put on another head and boom! Glitched head.)

There’s a good amount of extra stuff to do to get better weapons and body parts which I absolutely love. It reminds me of classic adventure games of “if you explore, you’ll get rewarded!”. It’s a great game design! Now, later in the game, you’ll come across the ability to fast travel to previous checkpoints AND easily switch out previously obtained body parts and weapons in this little pocket dimension. It makes sense to not give this choice to the player until later on in the game, but it’s not exactly mandatory. You can easily miss the item you need to access fast travel if you’re not exploring much.

But it’s not too big a deal, it actually is near the “main road” of the story, so it’s not too far off. And without any spoilers, the story is simple and at times interesting, but I think the strength is in the mechanic of the game, it’s graphics and the THICC-NESS!! In all seriousness, I would recommend this game, just remember to turn down that music after a while.

Skellboy is available on PC on Steam and the Switch. 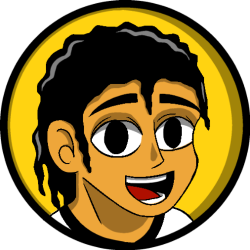 Glad you stopped by to check out the site. Much appreciated to all new and current readers support. If you're interested, CLICK HERE to learn more about what's going on and what's still to come.